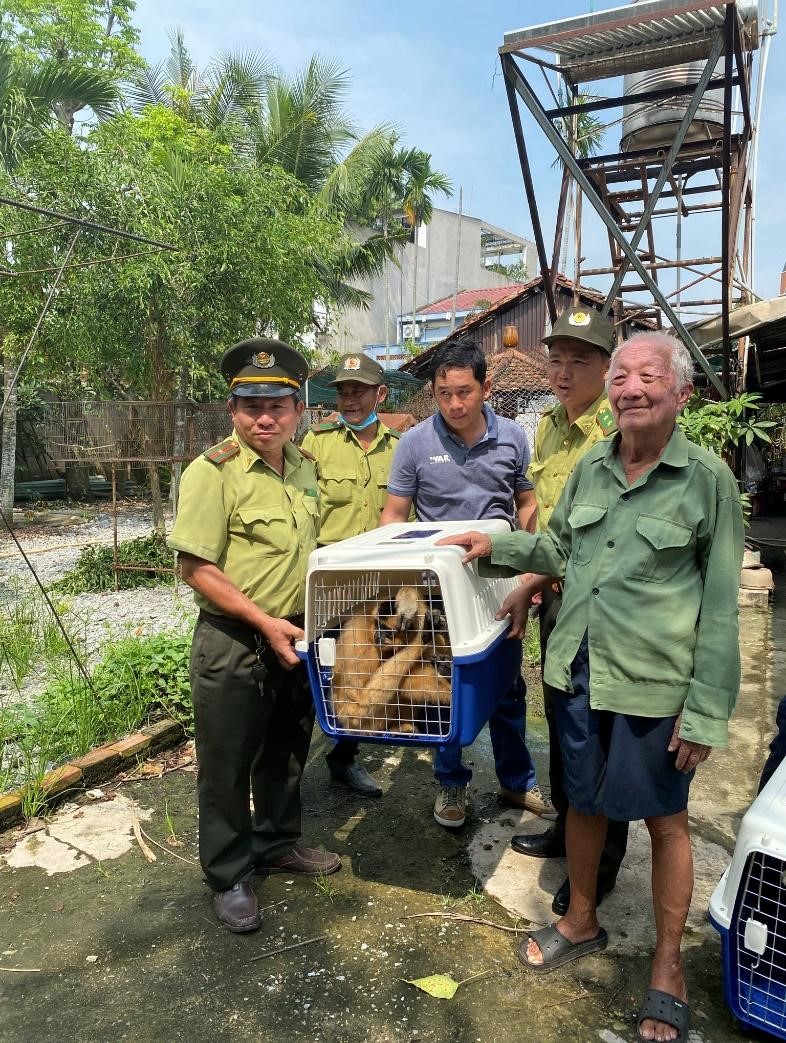 In the morning of July 27st, 2022, a rescue team of Wildlife At Risk was quickly mobilized to the field to receive two gibbons after getting the information requiring assistance from the authorities.
The two gibbons were fed by an 87-year-old man at his home, in a very cramped cage, located in an alley on Pham Ngu Lao street, Hiep Thanh ward, Thu Dau Mot city, Binh Duong province. At first, the rescue team was quick to assume that it would be very easy to capture the two gibbons in captivity, however, it took us a lot of time to approach the two animals to get them familiarized with the team members. Because they appeared very shy and fearful of strangers as a result of their years in captivity.

These are two individuals of the Red-cheeked Gibbon (Nomascus gabriellae) – a critically endangered species belonging to group IB, Appendix I, Decree: 84/2021/ND-CP dated September 22, 2021, female and weigh in a total of 11kg. The elderly are aware that keeping Red-cheeked Gibbons in house illegally involved in criminal activities. Therefore, he hands over voluntarily these wildlife to the authorities.

We do welcome the spirit of self-discipline to enforce the law from the owner. At Dau Tieng Wildlife Conservation Station, they will be treated and looked after by the devotion of both vet and WAR’s staff.