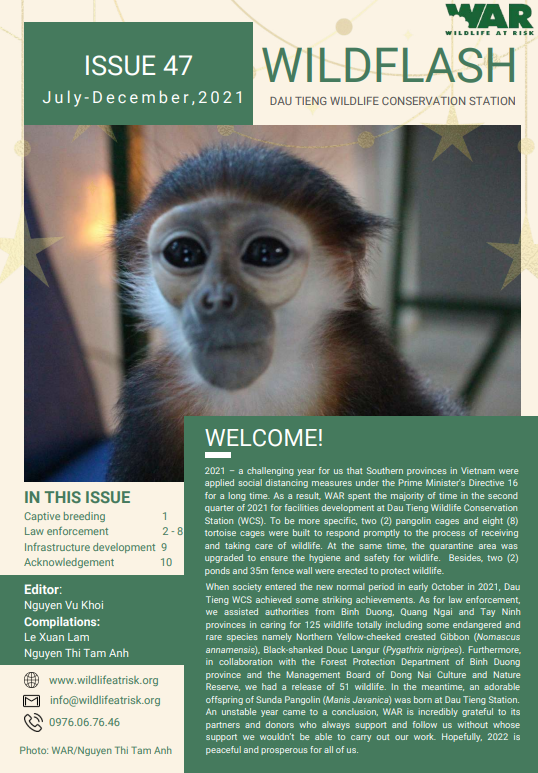 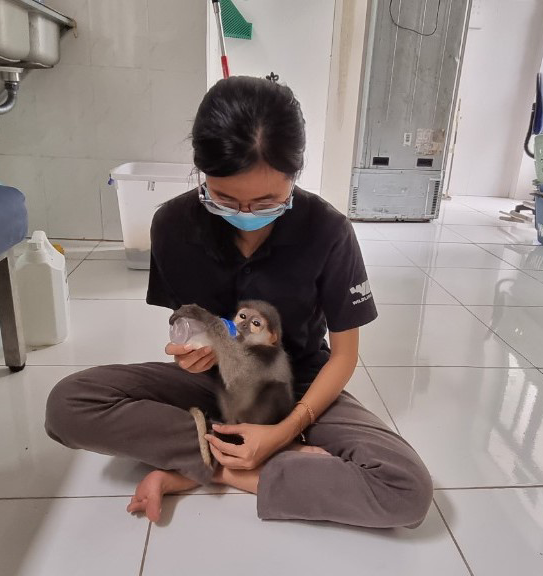 After receiving the news that the Forest Protection Department of Tu Nghia district, Quang Ngai province needed to help take care of a Gray-shanked Douc langur (Pygathrix cinerea) on November 23th,2021. The WAR team prepared and traveled to Quang Ngai province. Within roughly 30 hours, we arrived at the local authorities’ office to receive the douc langur.
According to a forestry ranger, this Douc langur was kept as a pet in a resident’s house for a long time in Tu Nghia district. After being aware of the illegal wildlife in captivity, local people immediately contacted the authorities and voluntarily transferred. We met him while he was in poor health with 1.5kg in weight. There was no word to describe how both the WAR team and rangers felt sorry for him. At the present, the douc is not only safe but also be cared closely at Dau Tieng Wildlife Conservation Station. 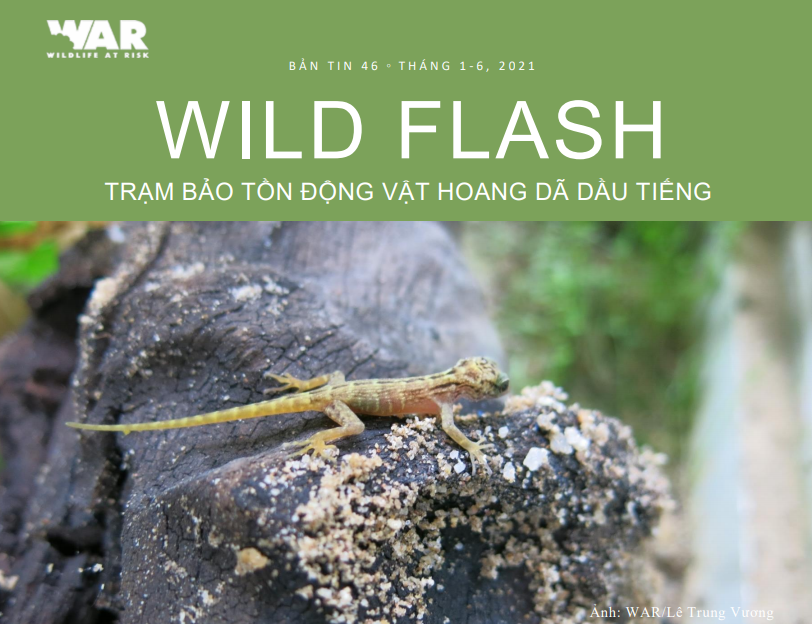 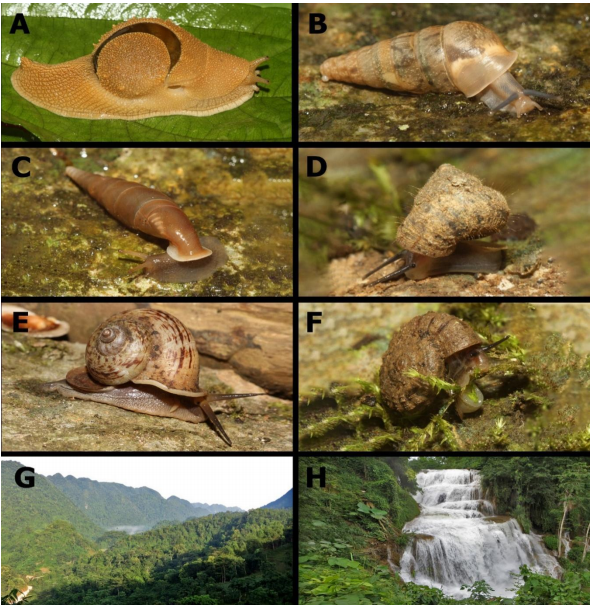 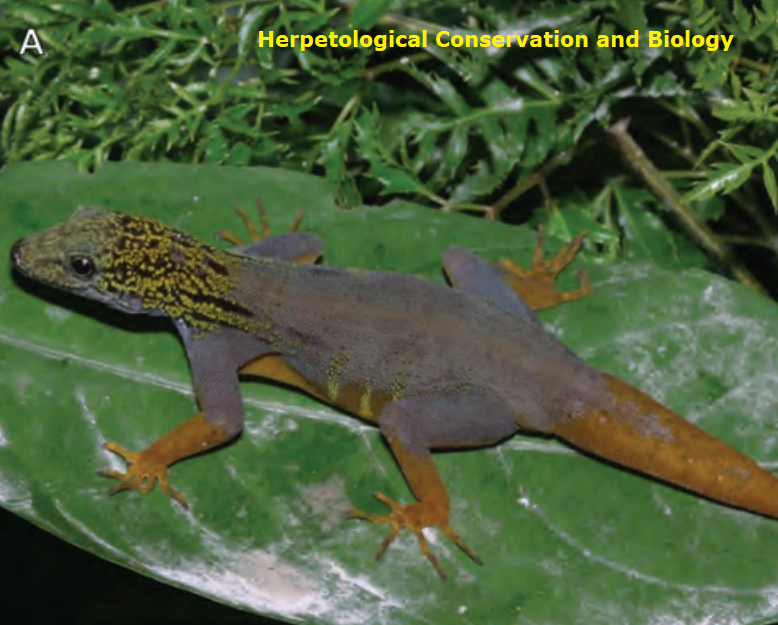 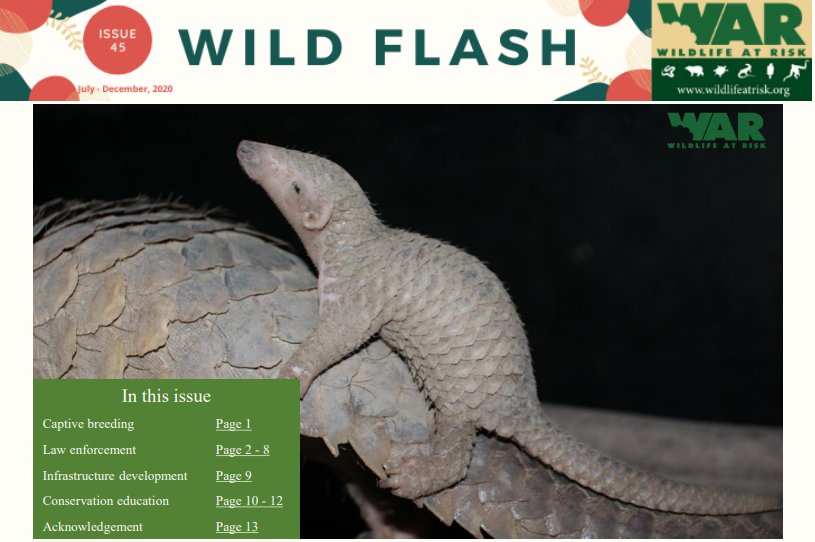 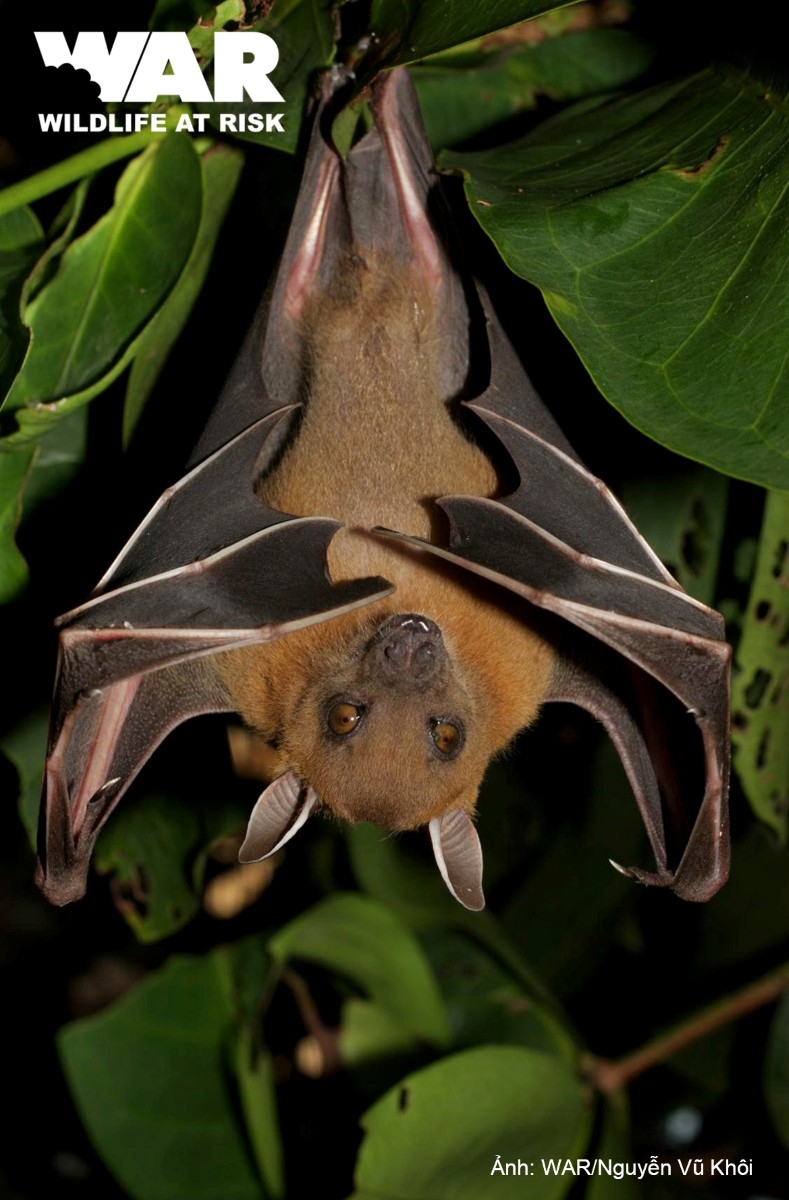 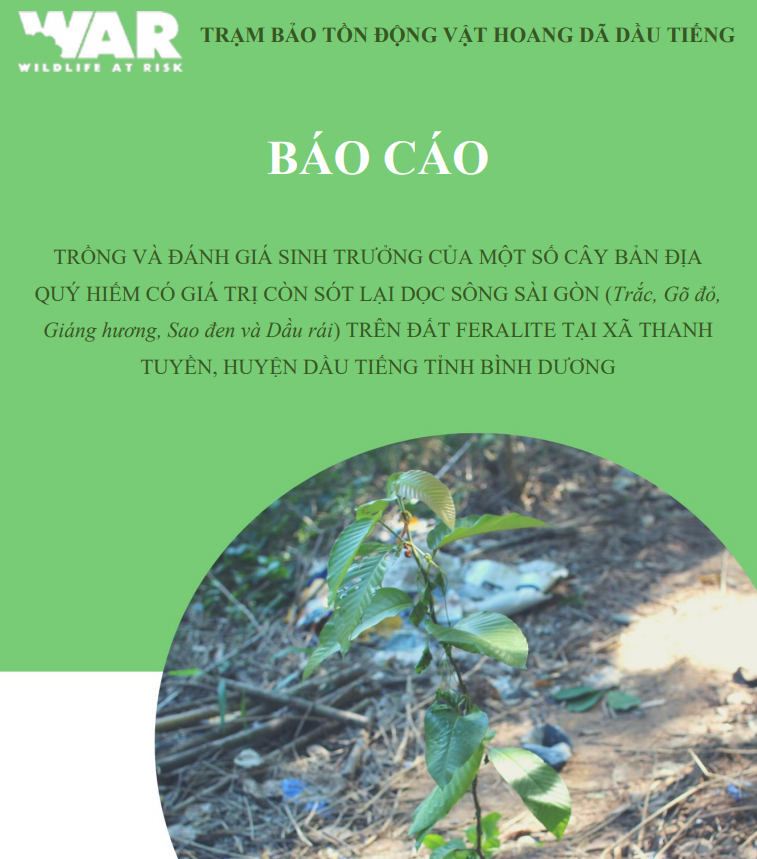 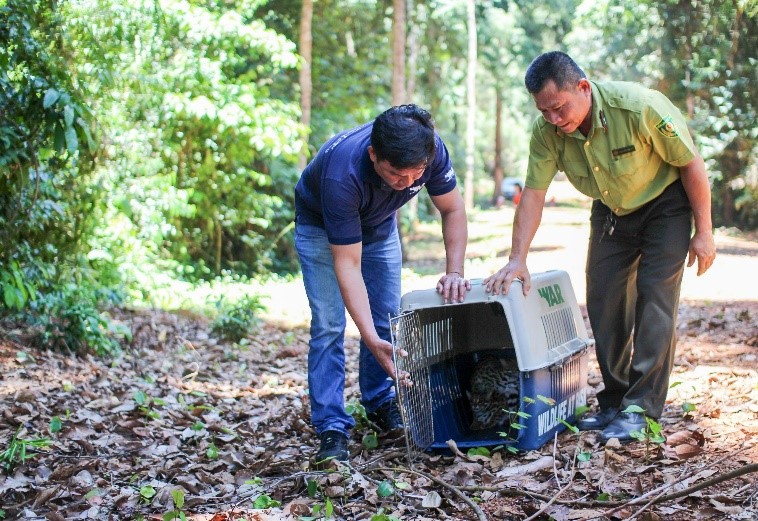 Among these released wildlife, the macaques and python were species those confiscated from illegal trade of wildlife and handed over to Dau Tieng wildlife conservation station by the Forest Protection Department (FPD) of Binh Duong Province. These wildlife,then, had been cared at the Station located at 303, Le Danh Cat Hamlet, Thanh Tuyen Commune, Dau Tieng District, Binh Duong Province. This is the first time the species of Leopard cats (Prionailurus bengalensis) in the first generation those bred at the Station to be released. Before the release, these wildlife was implanted a microchip in their body and be checked by WAR’s veterinarian to ensure a sufficient condition in health.

We are appreciated a coordination and enthusiastic support of Dong Nai Culture and Nature Reserve, The FPDs of Binh Duong Province and Dau Tieng District on the release.