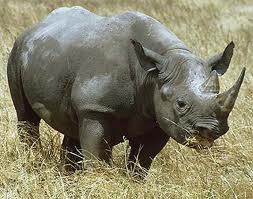 Ho Chi Minh City, 23rd March 2011 – Wildlife At Risk (WAR) cooperated with Khan Quang Do magazine to launch a drawing contest titled “Treasures of the Forest” for all children aged 11 to 15 years old throughout Vietnam. This contest lasted from 23 March to 20 May 2011 is organized in memory of the Rhino death at Cat Tien National Park, early May last year.

“This drawing contest is an opportunity for us all to think and show the concern to the conservation of endangered species. We must act immediately to save endangered animals from suffering the same fate as the Javan Rhino”, said Nguyen Vu Khoi, WAR Director.

This drawing contest if one activity of the programme titled “Take part in Nature Protection”, implemented by WAR and Khan Quang Do magazine since June 2010 fro children from 11 to 15 years old in the “I love Nature” and “Young Media” clubs. Previous activities include field trip to discover the forest of Cat Tien National Park, visitting Cu Chi Wildlife Rescue Station, releasing animals to the wild, acting as a young communicator and a young journalist, and games to learn about wildlife world.

Please download the contest regulations here or at www.muctim.com.vn
For the full Press Release on the drawing contest, please download here.