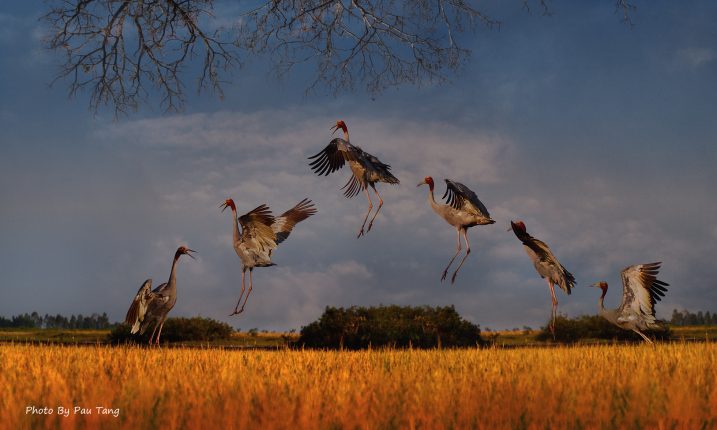 Over 130 photos, sized of 40X60cm mostly, will be displayed at the exhibition. The photos were taken in different national parks and protected areas throughout Vietnam. Each photo is an art work carefully taken by Mr. Tang A Pau. The photos capture different moments of wild birds, especially during mating season. The photos are not only artistic but also include quite a few endangered birds of Vietnam such as Sarus Crane, Woolly-necked Stork, Grey-crowned Crocias and Ward’s Trogon to name a few. Although Mr. Tang A Pau regards himself as an amateur photographer, he is wellknown amongst national and international photographers. His photos have received positive feedback and are highly appreciated by photography forums including the vnphoto.net and social networks. The photos show his unconditional love for nature and his passon of wild birds in Vietnam. The exhibition is opened from 8Am to APM every day, except for the opening day on 24th Jan 2014 when the exhibitioniss opened from 3PM. Entrance is free for and you can purchase photos at the exhibition. All funds raised during the exhibition will be donated to the rescue activities of WAR at Cu Chi Wildlife Rescue Station, and for children in the Central Highland region.

“The exhibition will include many impressive and unique photos of endangered birds in Vietnam. I myself have not seen all of them in the wild, although we have been conducting quite a few biodiversity surveys thoughtout Vietnam. We hope that all wild birds will be freed so that we can observe them in their most beautiful and natural suround.” – According to Mr. Nguyen Vu Khoi – WAR’s CEO.